As we celebrate the completion of important research on our new Med smartCapture mobile app for medication management, we look back at one of the important moments that showed the usefulness of the video self-reports the new app enables.

In 2010, Matthew, then a junior high student, was struggling with how to understand his teachers’ instruction, interact with his peers, and communicate his needs to those he trusted. He was discouraged and frustrated, and, what is worse, he was isolated in his frustrations because his autism hindered him from communicating his feelings and thoughts to those around him. His mother, Diana, was equally discouraged and was desperate to understand what her son was going through and how she could help.

At the recommendation of their doctor and a program they were a part of as a US military family, Diana and Matthew looked into a program that allowed Matthew to create a private video journal within a secure online platform, which he could then share with his doctor. And that was the beginning of a year-long healing process for both Matthew and Diana.

The program used Behavior Imaging’s Behavior Connect platform to allow Matthew to securely connect with his doctor. The platform also aimed to help parents collect video data of their child’s behavior and let their doctor organize, tag, and store the videos, therefore assisting their doctor in assessing and treating behavioral disorders. Thanks to the positive results families and doctors have experienced through programs like the one Matthew and Diana participated in, Behavior Imaging is working on a new version of the app available to any family in the same situation. Last month, thanks to a grant from Autism Speaks, Behavior Imaging concluded tests on the Med SmartCapture app, a mobile app that takes the same technology Matthew and Diana used a step further by transforming it into a smartphone application that brings that interactive element between patients, caregivers, and their doctors.

Almost immediately upon using the platform to interact with their doctor, both Matthew and Diana saw the benefits of being constantly supported by and connected with their doctor, even when trips to the doctor’s office were impracticable or impossible. “I knew that the doctor was available, pretty much at all times. We had the ability for Matthew and us to have that face-to-face connection,” Diana says.

As Matthew and Diana continued to interact with their doctor through the program, Matthew found he was able to communicate more, allowing Diana and their doctor to see and hear just how difficult our world is to a person with autism. It was the beginning of a new and better stage for their family as Matthew was able to communicate his needs, thoughts, and emotions, and Diana and others were able to see how Matthew was struggling and how they could support and help him.

“We were getting somewhere,” Diana says of the year they spent using Behavior Imaging’s technology. “It is an ongoing process (and major work) to support, learn, and understand how to communicate with someone with autism. Having the technology was priceless.”

To Ron Oberleitner, founder and CEO of Behavior Imaging, stories like Matthew and Diana keep him and his company going. “There is such a challenge to get access to one’s doctor outside of office visits, and so it is always exciting and important when someone makes progress the way Matthew did from home,” he says. “We’re thrilled that our technology has made such an impact on his family.” The future potential of the app is just at the beginning, Mr. Oberleitner says, as millions of other families living with autism may find the app just as helpful.

Behavior Imaging Solutions is the culmination of over ten years of research by Ron and Sharon Oberleitner, whose son was diagnosed with autism in 1996. Founded in 2005, Behavior Imaging was recently awarded a $2.7 million grant by the National Institute of Mental Health to research Behavior Imaging technology for earlier diagnosis of autism and transforming pharmaceutical trials. The Behavior Connect platform is a solution to a wide array of problems in special education and healthcare, including Naturalistic Observational Diagnostic Assessment (NODA), pharmaceutical clinical trials, annd clinical staff support, training, and evaluation. 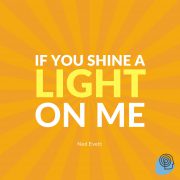 Original Song Aims to Shine a Light on Telehealth and Autism 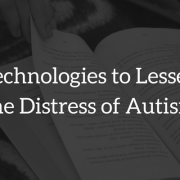 Original Song Aims to Shine a Light on Telehealth and Autism

Technologies to Lessen the Distress of Autism
Support Query