You recorded a video a few days ago and are hoping to record another in the same category. You try deleting your video, where a pop-up box comes up, asking you if you’re sure, and you click “Yes”. Your video does not get deleted though, it’s still there.

In order for SmartCapture™ to delete a video, you must have an internet connection.

Make sure that your Wi-Fi is turned on by going to “Settings”, then “Wi-Fi” and turning the grey button to green. If your button is already green, then that means you are not near a Wi-Fi hotspot. Go to a different place in your house that is closer to your router. 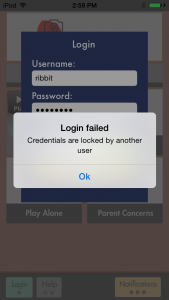 You open SmartCapture™ and record a video. You want to send your video, so you hit “Login” and enter your username and password. You tap “Login”, but an error like this one pops up.

Someone else is logged into your name, most likely an administrator.

The first thing you should do is wait ten minutes to an hour to see if the user using your credentials logs out. If you still cannot login to SmartCapture™, it is best to contact your administrator and tell them that you cannot login so that they can reset your username and password.

You recorded a video in a category and uploaded it to NODA: Connect™. A few days later, you open the app and notice there is an empty spot in the category where your video was.

If your video is no longer there, this means that your clinician has viewed your video and has sent you a comment and is requesting more evidence for that category. 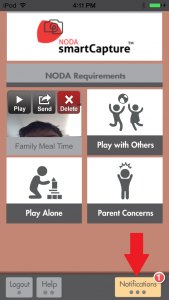 Checking your notifications will allow you to see the comments that your clinician has left for you. The notifications tab is located at the bottom right corner of your app. 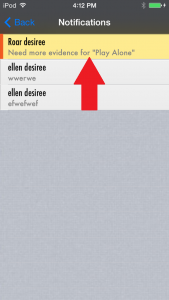 Once you click this, you will be brought to the notification screen where you’ll have a list of comments from your clinician. Unread comments will be in yellow:

Follow the instructions that your clinician has given you and record and send another video.

While trying to upload videos on SmartCapture™, you’re having trouble sending them because you have received an error message that looks like one of these: 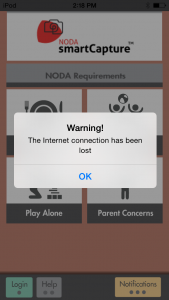 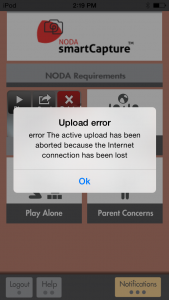 Your best option is to try and improve your internet connection. Here are some ways you can do this:

If for some reason at any time while using Behavior Capture™ and you need to reset it, follow the steps listed: 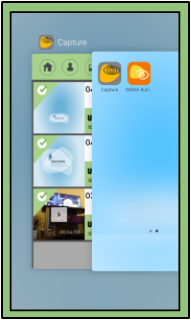 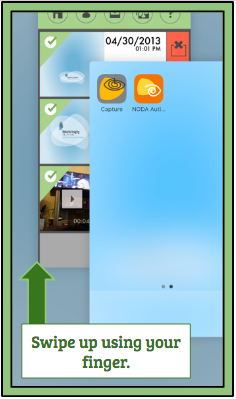 1. Exit out of the app to the home screen by pressing the Home button (the button on the bottom of the phone).

2. Tap the Home button twice and it will bring you to the menu shown on the far left.

3. Using your finger, press on the app and swipe up, dragging it out of view.

4. Press the Home button again to get back to the main screen.

You open NODA™ and tap on one of the categories. You press “REC” and the video starts recording. When you are ready to stop recording, you can’t find a button to stop the video and the video won’t stop itself.

When you first the NODA™ application, a pop-up box will come up, saying that NODA™ would like to access your microphone.

In order for NODA™ to be able to record your videos correctly, the application needs to access the microphone. If you said no, you may run into a problem where the video is not able to stop recording. If NODA™ is working correctly, there should be a red “STOP” button in place of the “REC” button. If your “REC” button turns a light red when recording, still says “REC,” and will not stop recording when pressed, this means NODA™ has no accessibility to your microphone.

How to Fix This Problem – 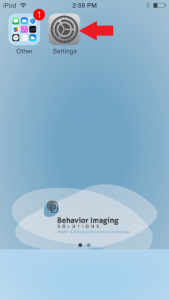 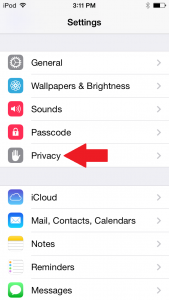 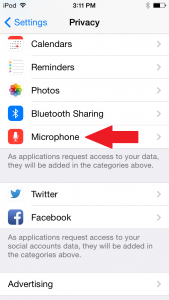 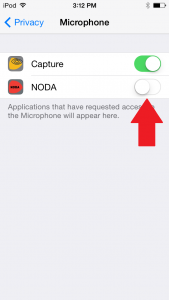